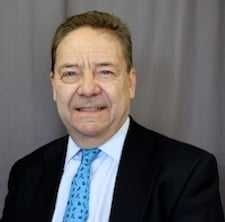 Chair and President of the Council of Ethical Organizations, Mark Pastin has advised major corporations and government bodies worldwide since 1973. His book The Hard Problems of Management; Gaining the Ethics Edge (Jossey-Bass: 1986; NTT Publications-Japan: 1994) has won awards in the United States, Brazil, Australia and Japan. Dr. Pastin has authored over 100 articles and books.

The Council of Ethical Organizations was founded by Dr. Pastin and two associates in Washington, D.C. in 1980. Dr. Pastin also established the first academic ethics institute (the Lincoln Center for Ethics, 1982). The Council is a non-profit, non-partisan organization dedicated to practical approaches to ethics and compliance issues. The Council has provided services to major corporations and government bodies worldwide and also supports research on ethics and compliance issues through its Ethics Benchmark Resources’ program.

Dr. Pastin serves on several corporate and non-profit boards. He is recognized in Who’s Who in America, Who’s Who in Finance and Industry and Who’s Who in the World.